Hurry up and wait — it’s the most frustrating emotional loop to fall into. This makes my life choices — research and writing — a hell of a patience test. I’m low on patience and not fond of surprises. This summer? It was trying. The moving, the constant travel, the settling in, and the endless check list.

And there’s only one solution to this: meaningful work. A new lab means new machines, new experiments. I got more into backpacking this year. I’ve written nearly 300k words in the past six months. These things? They’re the only antidotes I know to tedium.

On the hiking end, I got to go back to the Olympic Peninsula. And it’s awesome and beautiful, so I’m going to leave my favorite pictures from that trip here. Because, if nothing else, you can always have the mountains. 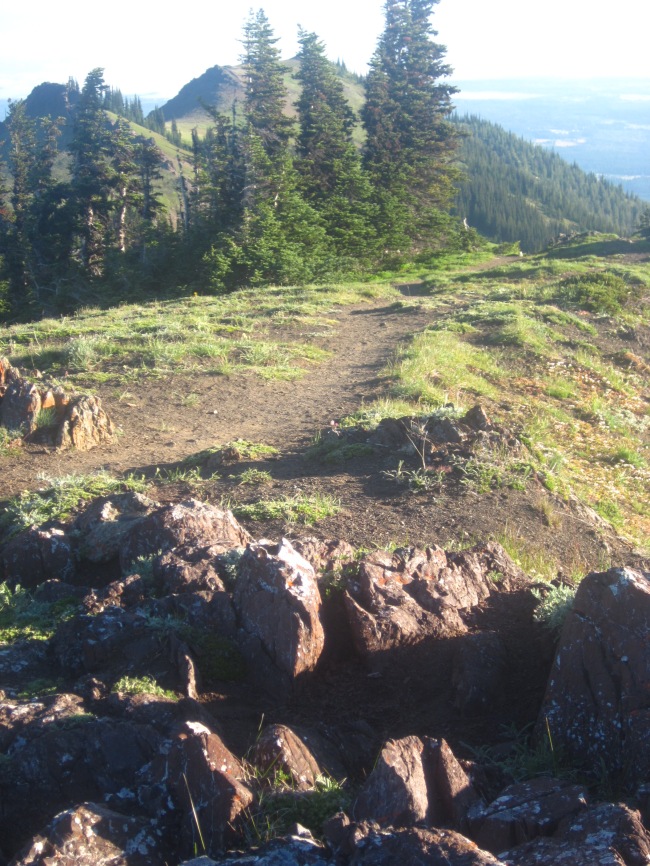 There are times when it feels like someone threw your brains into a plastic cup like the dice you play Yahtzee with. Except you’re not playing Yahtzee. You’re playing Jenga and the dice are being chucked at the tower because I don’t understand how family game night works. But I do understand metaphors. And this is a metaphor for how it feels to move. You don’t know what genre-bending mash-up you’ve gotten yourself into, but you’re sure as hell in it. Knock that tower down. Roll a full house. There’s no scoring system for this.

In the Game of Moving, the points are made up. The rules don’t matter.

The first step — plan ahead. (Don’t worry, even if you skip this step, everything else still applies.)

The second step — planning ahead is a pipe dream. It means you might actually get a few things done, but it won’t be enough. You swept the floor? Whoops, do it again. Sent a box to Goodwill? Send another three! You filled your trash yesterday? Look at all this other junk you have to throw out. (You will learn, despite any effort you have made, you’ve still got too much crap.) 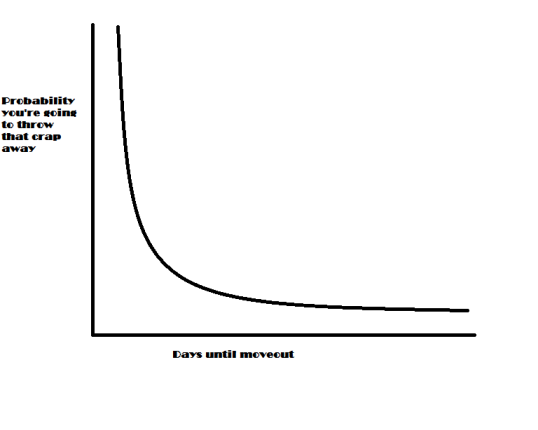 And start packing boxes. Then start packing in earnest. See all that stuff on the floor — it all has to go. Now. You discover you don’t know where to put your hair clips and random headbands because they didn’t fit into your scheme of boxes. Everything ends up traveling together (in questionable wrapping that may result in more than one glass breaking) because making ‘themed’ boxes by ‘type’ of item gets too complicated.

If you don’t have a time turner or aren’t a time lord, you’re going to run out of time. There will be at least one night where you’re scrubbing your kitchen, carpet, or bathroom at 1 am when you say to yourself (because no one is sane enough to help you), “I’m going to die of bleach inhalation. This is such an undignified way to go.”

When you leave a room — after declaring victory on scum, mold, and stains, you’ll sit down at your computer. It’ll be blissful to take a quick rest. When you go back to inspect your handy work, you will blanch in horror. You left a wine stain on the carpet; there’s a line of scum on the shower shelf. You forgot to scrub the wall around your trashcan. The only appropriate response: fuck it — grab the bleach, carpet cleaner, and bucket.

You will clean the floor more than once.

Even after you’re moved everything out and vacuumed up dust bunnies that look like tumbleweeds, it’s not over. You have to do the apartment walk through. You’re confident you’ve cleaned every spot — but you haven’t. You forgot the inside floor of your oven. Pro-tip: oven cleaner is another product you’ll need because you have to clean the oven. If your property manger is nice, you’ll get the chance to clean it up before he signs off on your apartment. If he’s not — whelp, say good-bye to more money.

Somewhere along the line, you lose the lists of what you need and what you don’t. Lists are for people who have plans. You’re being truly spontaneous now — whatever makes this move work is what you’re going to do. It’s an adventure designed for sadist germaphobes. You’re just unlucky enough to be playing their game. But at the same time, you’re moving — you’re onto something new. Something that might be better — but if not better, definitely novel.

So maybe you’re winning the game of moving. You picked bleach as your weapon. Your possessions might be reproducing while you sleep — but damn it, you’re going to win. Because in the Game of Life, you can most definitely roll a Yahtzee.